A varied program of band music will be presented by the band, which is performing in its 10th year season. Of particular interest will be the performance of several pieces by the American composer John Williams. He has composed music for several Olympic games, many land mark movies, including Star Wars and the Indiana Jones series, and the Rose Bowl. His arrangement of the Star Spangled Banner has a special introduction and a special ending, all written with his distinctive compositional style.

The winner of the band’s solo contest, Sam Michels, a junior tuba player from Dowling Catholic High School will perform two movements from a tuba concerto, and members of the Nevada High School band have been invited to perform with the group on the concert finale.

This concert is free and open to the public. 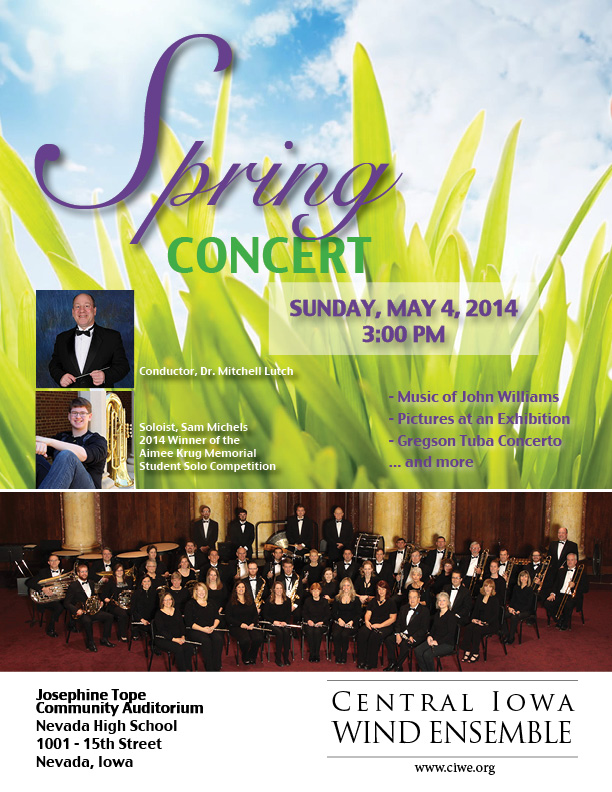