John Williams is considered to be one of the greatest film composers of all time. In a career spanning over six decades, he has composed some of the most popular and recognizable film scores in cinematic history, including Jaws, the Star Wars series, Superman, the Indiana Jones series, E.T. the Extra-Terrestrial, Jurassic Park, Schindler’s List, Saving Private Ryan, the first three Harry Potter films, and Lincoln. Other notable works include theme music for four Olympic Games, NBC Sunday Night Football, the NBC Nightly News.

The Central Iowa Wind Ensemble would like bring you a sampling of John Williams’ works in this concert you will not want to miss. This concert is free and open to the public.

Ticket holders are allowed early entrance and seating at 1:30pm and doors open to everyone else at 1:50pm. 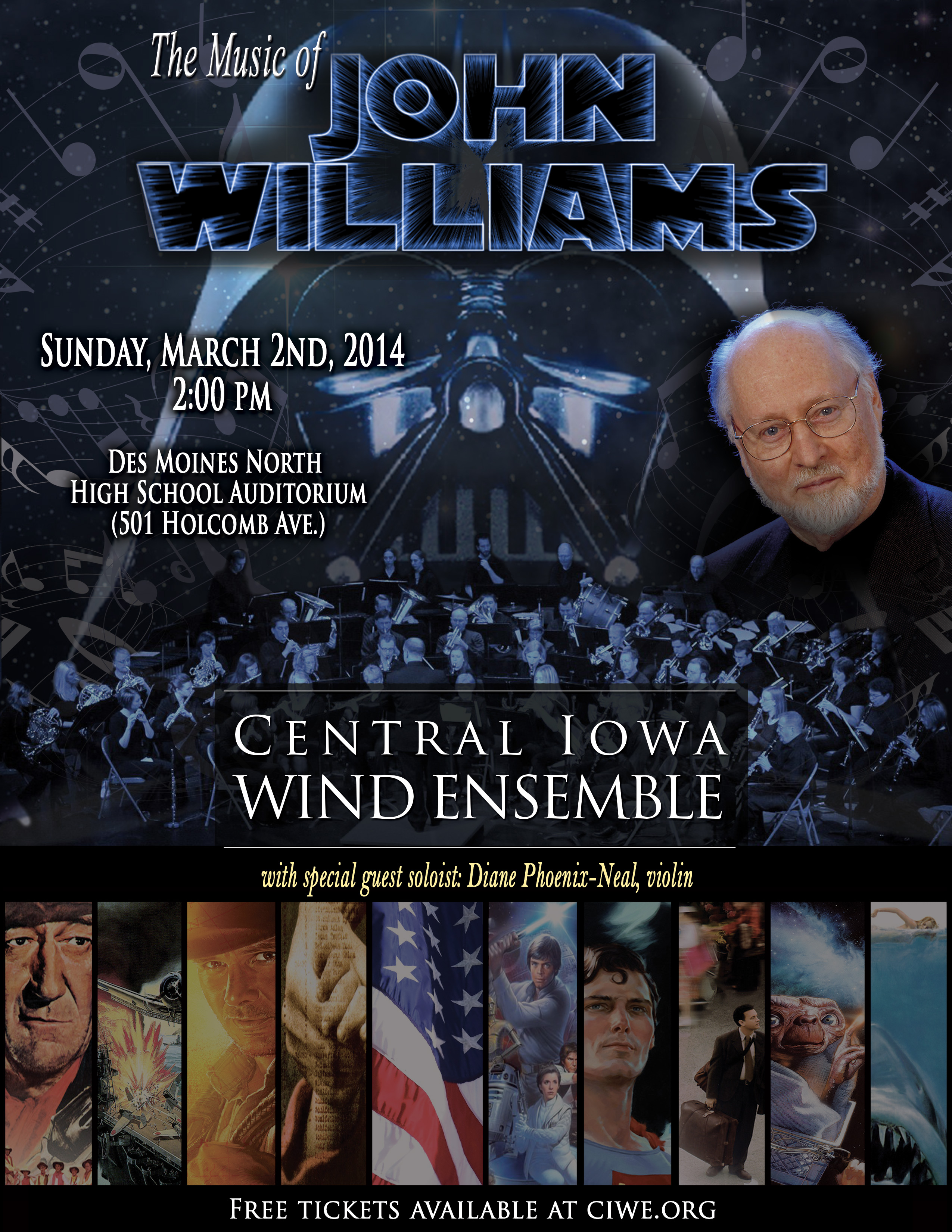